A special thank you to author Rebecca Petruck. I read her article in the March/April edition of the SCBWI magazine (originally published on the blog Nerdy Chicks Write) and was inspired. My original plan was to write my own version, but after reading hers about three times I realized there was no way I could do it better. This breakdown of Hunger Games is absolutely brilliant. So instead I went to the source and she was kind enough to allow me to reprint her original version. I think its valuable advice for writers of all fiction, especially those of suspense of any kind.


Let the Main Character Drive the Bus, by Rebecca Petruck


You know how “Show Don’t Tell” is both true and kind of meaningless these days? I think the same about “Start with Action.” That advice drives me crazy because it’s incomplete: “Start with an Action that Reveals the MC’s Character.”

Imagine if The Hunger Games opened with Katniss volunteering. It would be dramatic, and we’d think her brave for taking her sister’s place. But would we be invested in the decision? A lot of people are surprised when I lay out the actual opening of The Hunger Games:

·       Katniss wakes up alone—Prim isn’t there (motivating fear);
·       Katniss sneaks across the perimeter to hunt (not afraid to break what she considers senseless rules; demonstrates a skill);
·       talks with Gale (establishes rules of world; her focus on survival blinds her to his feelings);
·       stops by the market and to see the mayor’s daughter to trade (confidence in navigating her world);
·       prepares for the reaping (Katniss’ soft side revealed in her care for Prim);
·       at the reaping (Katniss’ view of the world).

Laid out like that, the scenes don’t sound very exciting do they? And, they take up twenty pages of space. Yet, the opening of The Hunger Games is deeply compelling because of the sense of dread hanging over every moment and because we are getting to know a fascinating and contrary character. On the surface, Suzanne Collins didn’t start with action that seems particularly interesting, but she started with the right action to reveal her MC’s character.

Which is why when I work with critique partners, the thing I often get most passionate about is plot. Plot is the action the MC takes to reach her external goal, and that action ultimately must reveal not only her true, internal goal but also her soul, the “Why” of everything she does. That’s a lot to ask of an action which is why a well-conceived plot is essential. I don’t care what happens next; I care how what happens next affects the MC.

In Wired for Story,* Lisa Cron discusses the action-reaction-decision triad of effective scene-making, which I interpret as plot-character-character. Plot is the speeding bus your MC can’t get off. How she reacts to her situation and the things she decides to do because of it is what your story is about. In itself, plot is fairly passive—it’s a bus. The driver is the reason we care.**

Once you know your MC well, certain decisions become inevitable, which means key elements of plot become inevitable, too. That doesn’t mean your plot becomes predictable. It’s that the logic that guides your MC’s decisions means certain actions must follow. Plot unveils that logic and reveals a compelling and unpredictable character. Often, because your MC’s worldview is skewed by some conditioning event, not only can’t the reader predict how the MC will react and what she will decide, but also the MC is frequently surprised, too. This cycle reveals the MC not only to the reader but to herself, and forces her to react and make more decisions that lead to the internal change she may not be aware she needs and actively resists.

In that sense, don’t look at plot as “What Happens Next.” Look at plot as the cattle prod that forces the MC to make decisions that reveal her strengths, weaknesses, professed goals, and secret goals, often unacknowledged even to herself. Plot is what lays bare your MC, peeling back layer after layer of flesh until we finally glimpse the beating heart. I like the way Cron decribes this, “…the heart of the story doesn’t lie in what happens; it beats in what those events mean to the protagonist.”

What does this mean in the practical sense of putting words on the page? Try out your MC in a variety of scenarios, looking for actions that she will resist the most, that will draw the strongest reactions, and force the most difficult decisions. Dig past your first two, three, four ideas and see what happens when you get down to the fifth or sixth. Once you’ve collected a number of actions your MC will particularly detest, check out Save the Cat by Blake Snyder. It’s an effective tool for organizing those actions into a plot. (You may download a Beat Sheet here: http://www.savethecat.com/category/beat-sheet.)

In short, seeking the answer to a question your characters want answered should lead them to the question they actually need answered. Seeking requires movement. Plot creates that movement and in doing so reveals your characters’ true selves.

*I <3 i="" style="mso-bidi-font-style: normal;">Wired for Story
. Seriously, it took extreme willpower to not quote half the book and call this post done.

**Did I torture that metaphor? I really wanted to use Don’t Let the Pigeon Drive the Bus, so I had to shoehorn in the driving metaphor somewhere. Also, Speed, because that movie should not be so damned watchable. 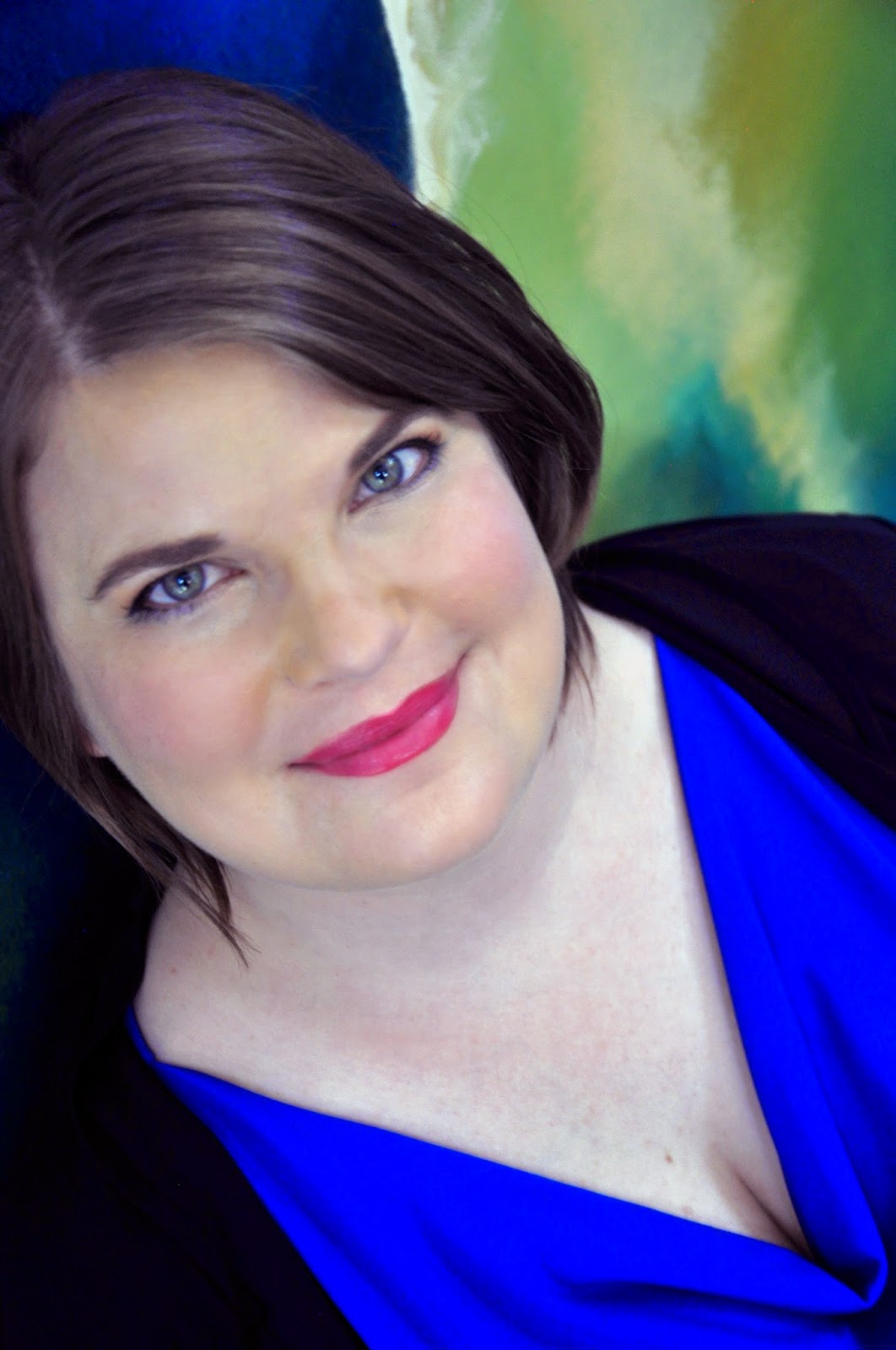 Rebecca Petruck is a Minnesota girl, though she also has lived in Louisiana, Mississippi, New York, England, Connecticut and, currently, North Carolina. A former member of 4-H, she was also a Girl Scout, a cheerleader, and competed in MathCounts. She reads National Geographic cover to cover. She holds an MFA in Creative Writing, Fiction, from UNC Wilmington, and is represented by Kate Testerman of kt literary.

Her debut STEERING TOWARD NORMAL is a Blue Ribbon winner as a Best Book of 2014 by the Bulletin of the Center for Children's Books (BCCB), an American Booksellers Association Indies Introduce New Voices selection, as well as a Kids Indie Next List title. Vanity Fair's Hollywood dubbed it a "book we'd like to see made into a film," the L.A. Times included STEERING TOWARD NORMAL in its Summer Books Preview, Christian Science Monitor named it one of 25 Best New Middle Grade Novels, it is part of the International Reading Association's list "Books Can Be a Tool of Peace," in the 2014 ABC Best Books for Children catalog, and an American Farm Bureau Foundation for Agriculture Recommended Publication. The BCCB gave it a starred review. 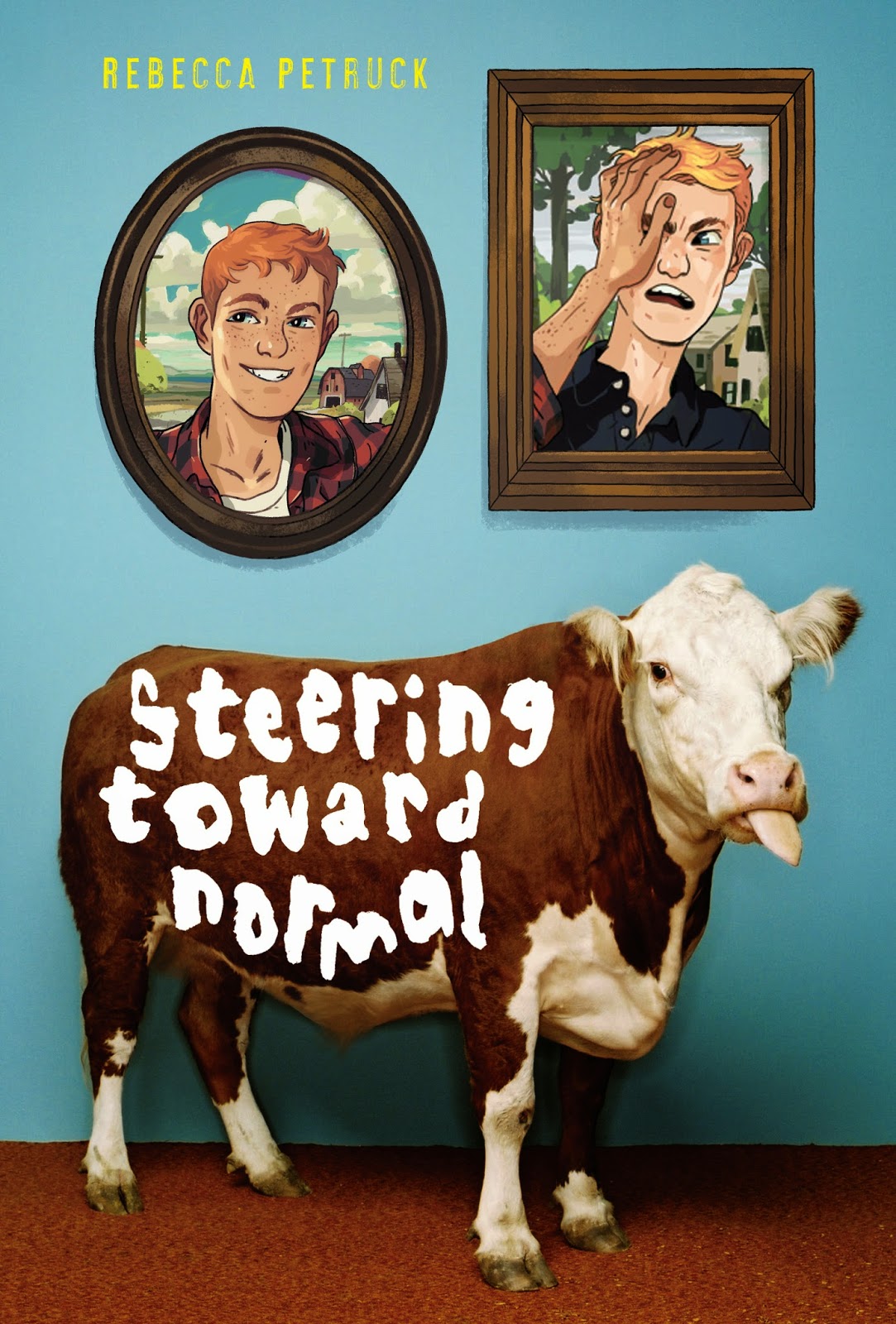 STEERING TOWARD NORMAL was released by Abrams/Amulet May 2014. You may visit her online at www.rebeccapetruck.com.

Thank you for posting this wonderful insight regarding MC story arc and development.

I overlooked Petruck's article. Will reread my copy.

Started reading but then realised I didn't want to read any further until I've read The Hunger Games (the series is on my TBR pile). Have bookmarked and will move the series to the top of my reading list so I can come back and read this post :)

AJ, Hunger Games is second from the top on my TBR pile as well. I'm about to move it up one, but I don't think there's a spoiler in this post. That said, it'll read better after you finish Hunger Games.

Just make sure you come back and read this post. It will be worth your trouble.

I'm going to imitate (and thus, flatter) Jessica by reading it two more times. It's that good.

Thanks for the heads up, John. I've come back and read the post - although I'm leaving it bookmarked for its awesomeness.