The last in a five-part series introducing the BookEnds team. 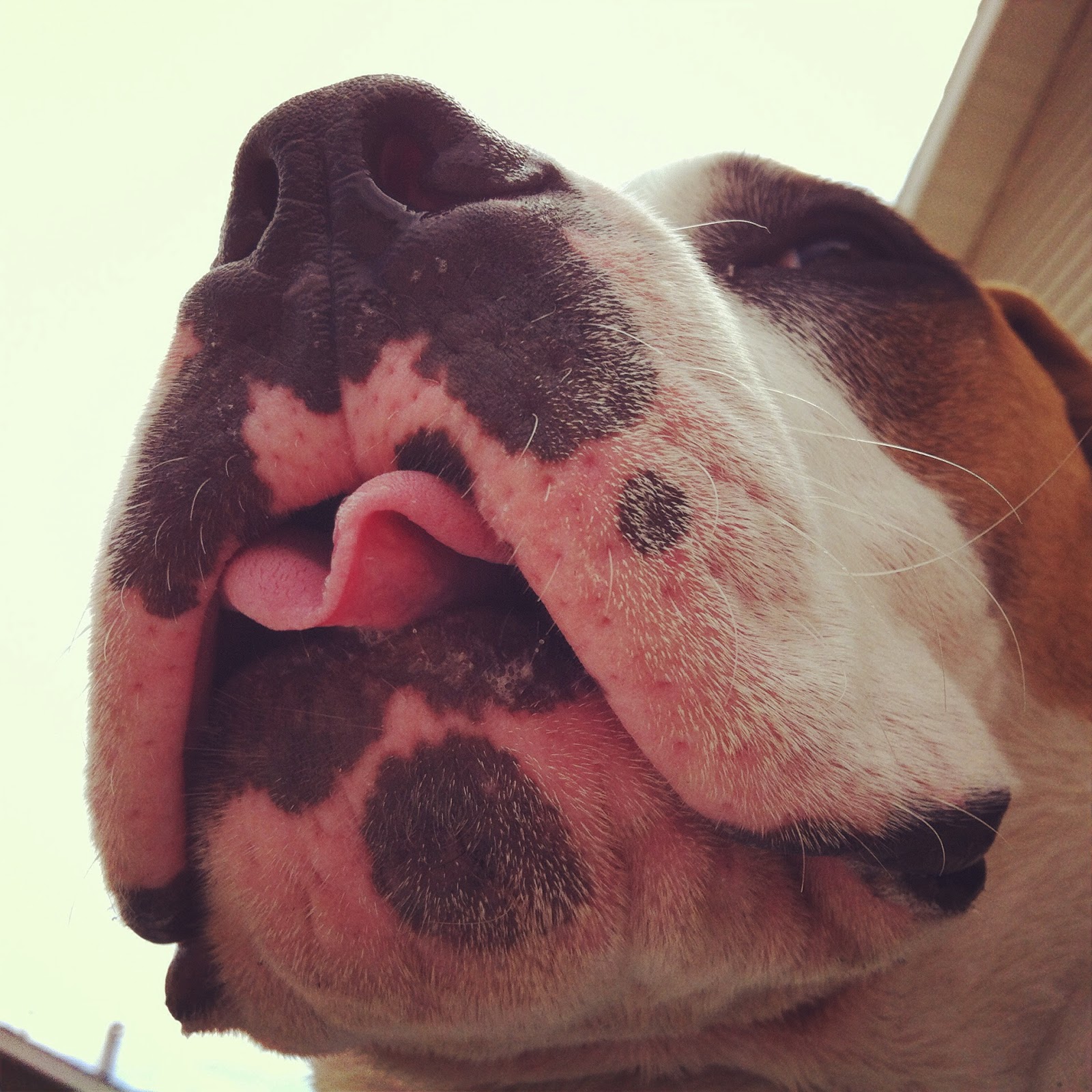 Tagline: I'm a big-headed beast with an even bigger heart.

How long have you been at BookEnds? since June 2014

Do you have a favorite book? I don't read, but when I first came into the office I immediately grabbed Sally MacKenzie's Loving Lord Ash and carried it away with me. I think it was the adorable little dog on the cover that got me.

If you're going all out, calories don't count, what's your Starbucks treat of choice? I've never been inside an actual Starbucks (although I have lounged around on the patio), but I would probably say anything with peanut butter, cheese or bacon.

Where did you live before coming to BookEnds? for a while I lived in Newark, NJ in the shelter there until some nice people from St. Hubert's came to get me and find me a Forever Home. I was there for just a few weeks before the Fausts came and snapped me. I have to say. It's not bad here.

you are quite the handsome beast Buford.

Buford, you are one lucky pooch being able to go to work with your 2-legged friend!

Everyone needs a dog in the office! Look at that handsome devil! Though I have to wonder if any work gets done with him around...

I think you should all know that while I was getting ready for work today Buford took it upon himself to, literarily, devour a book. I guess he likes his job.

Now that's dedication to your job. But is eating a book a positive or negative sign?